This year’s Robotex is not far away. It takes place from 29 - 30 november. This time it will be special because I decided to participate. Actually I decided it last December after Robotex 2013 when I saw Folkrace competition. It is entry level competition where 5 autonomos cars race against each other. Robot that is fastest in completing 3 laps is declared as winner. Check a video from last year’s competition. They are rather slow, we can do much better!

My teammate Elmo suggested that we should use ready made RC car with brushless motor. Building mechanincs without proper tools is nightmare, therefore RC car platform is very reasonable choice for getting started as quickly as possible. We decided to use Losi 1/24 short course truck. It fits within 15x20 cm dimensions and it has brushless motor. We did not know at this time what else to look for.
First thing was to replace NIMH battery with Turnigy 7.4V LiPo that is about the same size as original battery. It did not work with fully charged 2S LiPo, although Losi manual says that it works with 2S and 3S LiPos. Probably controller assumed that fully charged 2S LiPo is almost empty 3S LiPo and cut off the power from motor. However it did not cut off steering. After playing couple of minutes with steering servo LiPo was discharged a bit and motor controller started to work. It was massive difference compared to original NIMH battery. Wheels were spinning all the time.
After playing it was time to strip down the vehicle and make it autonomous. 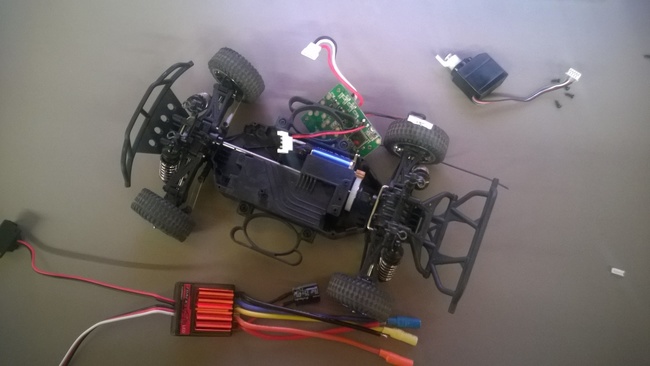 The first major problem with this car is that it uses dumbed down 5 wire servo. Actually it can be seen from picture in product webpage, however at the ordering time I even did not know that there are such servos available. 3 wire servo has little MCU inside enclosure that controls motor. 5 wire servo does not have it, therefore external controller must do it. Unfortunately Losi controller is not modular. It has 2.4 GHz receiver, servo controller and brushless controller all in one board. It does not make it hacker friendly product.

As I said doing mechanics without proper tools is hard. Losi servo has nice mechanical “clutch” that protects steering mechanism if for some reason servo turns too much. I thought that if another servo is going to be used this non standard clutch cannot be used and therefore there is higher chance to destroy steering. We came up with the plan to take out gears from Losi servo and put them to some other servo about the same size. Unfortunately I also had to solder Losi’s servo potentiometer to our Robbe servo because this special gear for clutch did not fit with Robbe’s shaft. Here modified Robbe servo with Losi’s clutch can be seen. 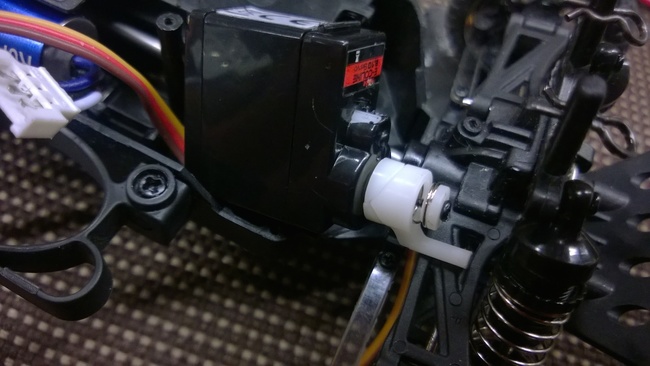 After fixing servo it was time to drop in new Turnigy TrackStar 25A motor controller. I desoldered original brushless leads from Losi controller and put them back to Turnigy’s for hassle free motor interfacing. 2 sided tape was used to attach TrackStar to the left side of the frame. It could have been placed almost on the same spot as original controller however it would have increased height a little. I wanted to cover the frame with a plate where all sensors could be placed without too much trouble and it should be as low as possible for better handling. Here is a picture how it looks like without sensors: 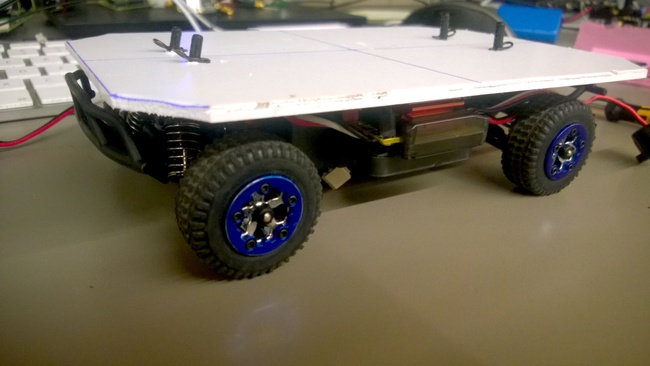 Teensy 3.0 is used as main controller, XBee is for sending telemetry and 5 Sharp (10-80 cm) IR sensors are used for navigation. 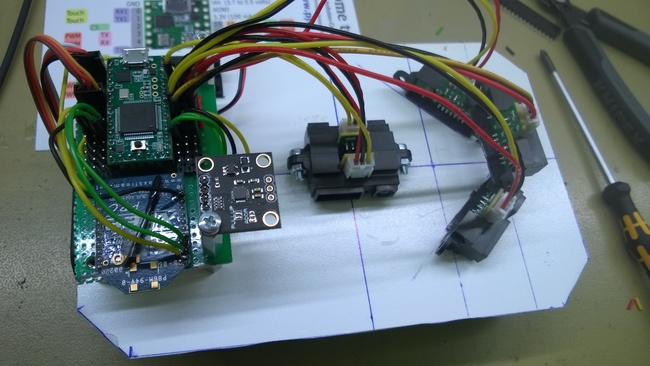 So far so good, next post will be about will it really work.

How to add Energia support to UTFT library

For some reason I like MSP430 microcontrollers and I always put them into my new designs. This time I decided to use MSP430FR5739 as painting chamber thermostat controller. This board has 2.2" TFT screen with touch controller, 2 NTC... Continue →